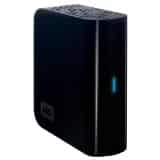 Note: I updated this post on 28 September 2008 to reflect new options and better prices.

I've been needing a new external hard drive myself for a while now and after considerable research and deliberation, I selected one that did the trick. This drive is by Fantom and the reviews are consistently very good. The company also appears to be very responsive to faulty, or defective products.

END_OF_DOCUMENT_TOKEN_TO_BE_REPLACED

Sometimes you just need a fast, cheap computer and you need it yesterday. And when I say cheap, I mean cheap; I mean as little as you can possibly pay, but still well built and with support that actually answers the phone.

We're assuming here that a Mac is out of the question for various reasons.

This is a box I can recommend. Check the reviews. I think this one will be the right answer. I've gotten Acer products on a number of occasions and been very happy with the product and their support on the rare times I've had to call.

And if you need a low-cost, high quality LCD monitor to go with that, check this out. I think you'll be more than happy with it (this monitor is NOT intended for high end color critical design work!) But it will be fantastic for 100% of what 99.9% of folks who use a computer need a monitor to do.

Your comments are most welcome! 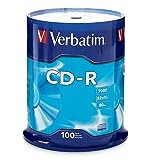 I needed some more basic CDs for burning and found these Verbatim CD-Rs which are very reliable and burn at their rated speed of 52x, unlike many other brand-name CDs which we shan't mention. 🙂

About $20 for a spindle of 100 CDs. (Note that these are your standard shiny surface for labeling with a Sharpie or similar pen, not for printing from a custom CD printer, if you have one of those; most folks don't.)

If you DO have an inkjet printer capable of printing on CDs, you'll want to get these instead: 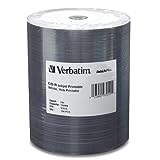 OK, back when I bought my digicam I researched it all for 3 months and finally chose the Canon Powershot 7 MP (megapixel) version. Then they came out with a 10 MP version and I was bummed, but not too much since it was a lot more expensive.

Well now the IMPROVED 10 Mpixel version of the old 10 Mpixel version is out and it's cheaper than my original 7 MPixel Powershot! Sheesh. At least you can take advantage of it and I can live vicariously knowing you got the best deal I've ever seen on the Canon digicams. Get it, you'll love it.

After some digging, I found a decent UPS (Uninterruptible Power Supply) that should keep your computer, cable modem, router, monitor and maybe a USB hub up and running during the next power outage for at least 30 minutes. It has a max battery run time of 170 minutes under minumum load and has gotten very good reviews at Newegg.

You can pick it up here (click the image below):